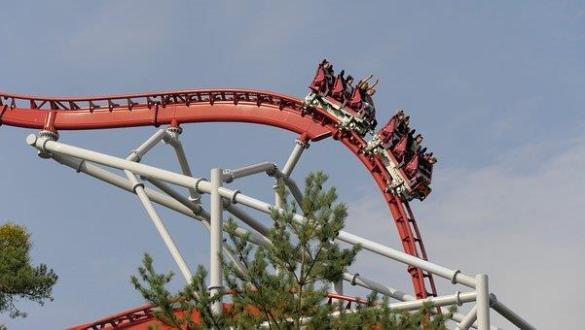 I used to go to summer camp in Georgia, and the highlight of the summer was always a trip to Six Flags, where we would ride the Mindbender roller coaster. My coaster days are over, thanks to two back surgeries and a desire to remain upright and mobile, but watching the NLRB lately brings back memories of the sharp turns, fast drops, and tight spirals.

Yesterday, the Senate approved John Ring’s nomination as the third NLRB member, returning the Board to a Republican majority. (The vote was 50-48, like halftime in the NBA.)

With three Republican members, we can expect the Board to quickly find another opportunity to overturn Browning-Ferris and return the joint employment test to a more rational standard that requires a finding of direct, material control before a company can be deemed a joint employer.

If the Court of Appeals says the Browning-Ferris case was wrongly decided by the Obama Board, then the newly constituted NLRB can hop on that bandwagon and decide to adopt that decision as its new test.

On the other hand, if the Court of Appeals affirms Browning-Ferris, the NLRB will just ignore the decision and move to Plan B or C.

Plan B would be to get Hy-Brand back on the books as good law. That would mean reinstating the Hy-Brand test as the proper standard for determining joint employment. The Hy-Brand test would require direct and material control before a business can be deemed a joint employer under labor law. The NLRB’s General Counsel recently chastised the Board for vacating its own Hy-Brand decision without following the usual rules for recusal.

If that fails, there’s Plan C, which seems more viable now that John Ring has restored the NLRB to a 3-2 Republican majority. The Board can find a new case — other than Hy-Brand — and adopt the revised business-friendly joint employment test that the NLRB tried to adopt in Hy-Brand.

Plan C would require finding a case that allows Board Members Ring and Emanuel to dodge any conflict issues, as they both come from large law firms with lengthy client lists, which is precisely the problem that led to Hy-Brand being vacated in the first place. Too many potential conflicts. They will need to find a clean case with no apparent conflicts, but that can be done.

Meanwhile, this has been a roller coaster ride. The NLRB will eventually settle on a new joint employment standard (I expect), just like the Mindbender eventually settles back down on a straightaway and slows down to let off the riders — who, like NLRB-watchers, are now dizzy and disoriented.