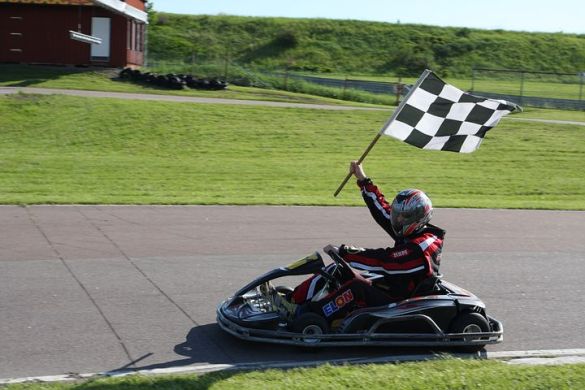 The two most fun activities at amusement parks (aside from skee-ball) are Go Carts and Bumper Cars. This is scientific fact. Go Carts are fun because you can go fast, weave around, and drive in circles — all without getting honked at. Bumper Cars are fun because, well, you get to bump people.

The NLRB seems stuck on the Go Cart track, going round and round, when it would rather be in the Bumper Cars.

Last week, we reported on the Board’s sudden decision to vacate its important Hy-Brand decision, issued in December 2017. Hy-Brand was important to businesses because the decision restored sanity and workability to the NLRA’s test for joint employment.

But by vacating the Hy-Brand decision, the dreadful Browning-Ferris standard went back into effect, allowing a finding of joint employment when a company is merely allowed to exercise control that is indirect and insignificant. We’re watching Go Carts. Round and round we go.

The Board’s Republican members are in a bit of a fix. They might not admit it publicly, but they’re trying to figure out another way to reverse Browning-Ferris. The problem is that they need Member Emanuel’s vote to do it. He’d make the vote 3-2. But his prior relationship with the Littler employment defense firm is creating conflicts that may prevent him from participating in a case that re-examines the Browning-Ferris joint employment test.

Late last week, the Board tried to switch from Go Carts to Bumper Cars. Instead of finding a new case for the Board, the Board asked the D.C. Court of Appeals to reconsider the 2015 Browning-Ferris decision. Bump us!, the Board now asks. That’s weird for two reasons:

1. The Board “won” that case, in the sense that Browning-Ferris Industries was appealing its loss at the Board level. Now the reconstituted Board wants the appeal to go forward. The winner of the case is asking the Court of Appeals to reconsider.

For now, the Browning-Ferris standard is back, but I have to think it’s just a matter of time before sanity is restored and a direct control test goes back into effect. The state of joint employment under the NLRA is fluid.

For more information on joint employment, independent contractor issues, and other labor and employment developments to watch in 2018, join me in Cincinnati on March 28 for the 2018 BakerHostetler Master Class on Labor Relations and Employment Law: A Time for Change. Attendance is complimentary, but advance registration is required. Please email me if you plan to attend, tlebowitz@bakerlaw.com, and list my name in your RSVP so I can be sure to look for you.