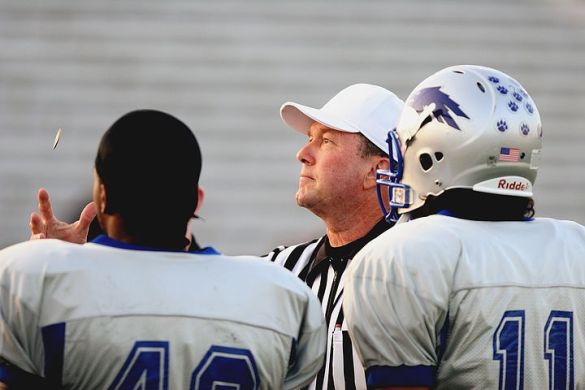 Ok, probably not coin toss, but that method is still used to break ties in local elections. (Spoiler alert: It was heads.)

Instead, they have to bring any claims on their own. That means much less money is at stake in any individual case, and much of the incentive for hungry plaintiffs’ lawyers to file these claims is gone. (So sad.)

When bound by an arbitration clause, some plaintiffs have pointed out that there is an exception under federal arbitration law that applies to transportation workers. The Federal Arbitration Act, which is the federal law favoring arbitration, doesn’t apply to employees in the transportation industry.

A recent court of appeals decision, though, may have changed that. The First Circuit Court of Appeals decided that the FAA transportation worker exception applies to employees and independent contractors. If true, the implications for the gig economy could be massive. Independent contractor drivers are all over the transportation industry. (Some might not be in interstate commerce, but that’s a technical argument for court, not for a blog.) Uber, Lyft, FedEx. They have all switched to using mandatory arbitration agreement with their independent contractor drivers.

The Supreme Court has agreed to decide this important issue in a case called New Prime Inc. v. Oliviera.

The Court just accepted the case last week, so we won’t have a ruling until next spring or summer, but this is an important case to watch for any business using independent contractors in the transportation industry. Will your arbitration agreements survive?

The issue accepted by the Supreme Court for review is: “Whether the FAA’s Section 1 exemption, which applies on its face only to ‘contracts of employment,’ is inapplicable to independent contractor agreements.”

Note for Supreme Court Watchers: This is a separate issue from the Epic Systems case already heard by the Supreme Court, which should be decided by this June. In Epic Systems, the issue is whether the National Labor Relations Act prohibits businesses from requiring their employees to sign mandatory arbitration with class action waivers. The issues are somewhat related, but distinct. Epic Systems deals with employees’ arbitration agreements; New Prime deals with independent contractors and is limited to the transportation industry.