Ok, so that’s a pretty boring headline. I will accept responsibility for that.

Let’s try something different this week. Instead of reading, you can listen.

Here is a radio interview on KFROG radio, which aired in Southern California a few weeks ago. In the interview, I discuss California’s Assembly Bill 5, which will convert many independent contractors to employees under California law. I address unanticipated consequences and issues for businesses to consider as they prepare for this law to go into effect.

But with this newest change coming in the form of a proposed regulation, the proposed change can be expected, once it’s enacted, to remain in effect long term.

Everything old is new again, everything under the sun.

Now that I’m back with you again,

We hug and we kiss, we sit and make lists,

We drink and I bandage your wrists.

The proposed new standard would make it much more difficult to establish that a business is a joint employer.

In a Notice of Proposed Rulemaking released late last week, the NLRB proposes a new regulation to interpret the National Labor Relations Act. New 29 CFR §103.40,which would define joint employer.

There’s a lot packed into that definition:

“Limited and routine” control means directing another business’s employees as to what work to perform, or where and when to perform it. Under the new rule, that will not be enough to show joint employment. Control that is not “limited and routine” would include providing direction on how to do the work — in other words, supervision.

For those of you asking, “So what? Who cares?” (my parents, for example), here’s why the change matters.

Under the new rule, a business that retains another company to perform work but has no control over that company’s hiring, compensation, scheduling, or supervision:

It’s a big deal. Unions won’t like it since the new rule will reduce their influence, but the new rule is a common sense, pro-business proposal that will add predictability and certainty to economic and legal relationships.

There is a now a 60-day period for comment. The Board will then have the opportunity to consider the comments and revise or reject the proposed rule.  The soonest the rule can be implemented is late 2018 but more likely early 2019.

Then, assuming the rule is implemented, we go back to the standard that existed before Browning-Ferris, but with a lot more clarity and permanence. Everything old is new again. But this time, the change should be long-term since it will be memorialized in a  federal regulation. 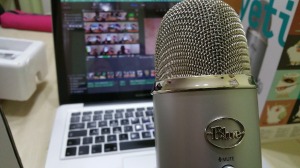 This week, I am encouraging readers to tune in to this podcast from XpertHR, in which I discuss issues and hot topics related to independent contractor misclassification.

I hope you enjoy this interview, and thank you to David Weisenfeld and Xpert HR.