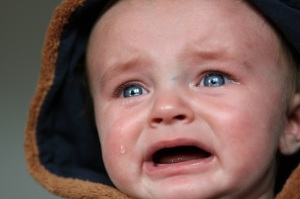 Do you have a nanny or a housekeeper? A regular babysitter? If so, pay attention.

Anyone hiring a solo independent contractor in New York City will need to comply with the Freelance Isn’t Free Act, which takes effect May 15, 2017. Anyone. Individuals included.

The Act requires a written agreement for all contracts where the value of services is $800 or more, either in a single contract or in the aggregate over the past 120 days. The law covers all contracts with “freelance workers,” which are defined to be individual independent contractors, whether operating as an individual or under a corporate name, such as an LLC. The law does not apply to employees, to contractors that have employees, or to contractors that consist of more than one individual.  The law also does not apply to lawyers, doctors, or sales representatives, even if operating as solo independent contractors.

Under the new law, each written contract must include:

The law contains some ambiguities. For example, it is unclear whether the law applies only to work performed in the city, or applies also to contractors (or hiring parties) who reside in the city, even if the work is performed elsewhere. It is commonplace in legitimate independent contractor relationships that the hiring party does not know or care where the work is performed. Ironically, that important term may make it difficult to determine whether the Freelance Isn’t Free Act applies.

Another scenario where it may be difficult for a hiring party to know whether the Act applies is when the contractor operates as an LLC. An LLC can be a covered “freelance worker” under the Act, but only if the LLC is a company of one.

The law allows freelancers to file a complaint with the city or to file a civil lawsuit.  Penalties and attorneys’ fees may be awarded, and a claim for failure to pay on time can result in double damages. The failure to have a written contract, by itself, can result in statutory damages of $250, awarded to the freelancer, even if there is no dispute over payment or terms. You might call this provision the “revenge of the scorned babysitter” rule, once word of this requirement circulates.

This law does not address whether the contractor is properly classified as a non-employee. That is a separate issue, and this Act takes no position on misclassification disputes.

Key Takeaway:  Put it in writing. The law applies to all hiring parties, whether a  corporation or an individual. The law will affect the retention of solo nannies, housekeepers, regular babysitters, domestic help, accountants, personal assistants, and any other type of individual who provides services as a non-employee, if the total value of services exceeds $800 in a 120-day period.

New York City employers should not only comply themselves, but should also advise their executives and other employees of these new requirements.

One thought on “New NYC Law Requires Written Agreements for Solo Contractors, Even Nannies and Babysitters!”