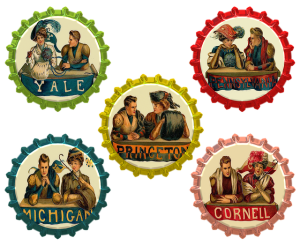 You knew that college athletes were not employees of their schools, but did you know the legal reason why?

Let’s look at a recent case that arose under the Fair Labor Standards Act (FLSA).

In early 2015, a group of student-athletes sued several schools and the NCAA, alleging that they had put in thousands of hours of work for the benefit of their school, without compensation. The student-athletes alleged that they should have been paid at least a minimum wage, as required under the FLSA.

The federal district court, however, disagreed and dismissed the case in 2016. The Seventh Circuit Court of Appeals recently affirmed that decision, agreeing that the claims had no merit.  Here’s why.

The proper test for determining Who is My Employee? under the FLSA is the Economic Realities Test.  Although this test is generally considered the easiest for aspiring employees to meet, it is not an uncontested layup.

Before even getting to that test, the individual has to perform “work.”  The FLSA broadly defines “employ” as “to suffer or permit to work,” but there still has to be “work.”  The Court of Appeals ruled that because extracurricular athletics are performed with no expectation of compensation, in a system with elaborate eligibility rules designed to preserve a “long-standing tradition” of amateurism, participation in college sports is not what Congress had in mind when it passed a minimum wage for employees who perform “work.”

Second, the Economic Realities Test doesn’t make sense in the context of NCAA-regulated college sports.  The test seeks to determine whether, as a matter of economic reality, the worker is reliant on the alleged employer, or is in business for herself.  Here the answer is neither.  Usually, the Economic Realities analysis involves applying a multi-factor test, but the Court ruled that the multi-factor test can be disregarded when it does not fit the facts.  The students were not playing sports to try to make a living; they were going to school.

The Court also relied on the DOL’s Field Operations Handbook, which provides guidance to investigators and staff.  The Handbook includes a section devoted to student-athletes and explains that participation in extracurricular activities is not “work” under the FLSA.

So the next time you watch college sports, no matter how hard it looks like they are trying, remember it’s not really work.  Not legally, anyway.

The case is Berger v. NCAA, No. 16-1558, decided by the Seventh Circuit Court of Appeals.  The Court affirmed the granting of the defendants’ motion to dismiss on 12/5/16, and denied the plaintiffs’ motion for rehearing on 1/4/17.