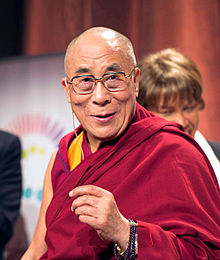 You can’t always get what you want, said a wise English sage in 1969. This advice still holds true. For example, Chinese Foreign Ministry spokesman Lu Kang recently declared that the reincarnation of the Dalai Lama must comply with Chinese law.  Good luck with that.

The enforcement mechanism for Lu’s edict is unclear, but the Chinese Communist Party knows what it wants. (Allow me a brief diversion. My favorite sentence in the cnn.com story: “It isn’t completely clear whether the Dalai Lama will allow himself to be reincarnated after he dies.”  You and me both, brother!)

What makes an arbitration agreement so one-sided that it’s unconscionable?