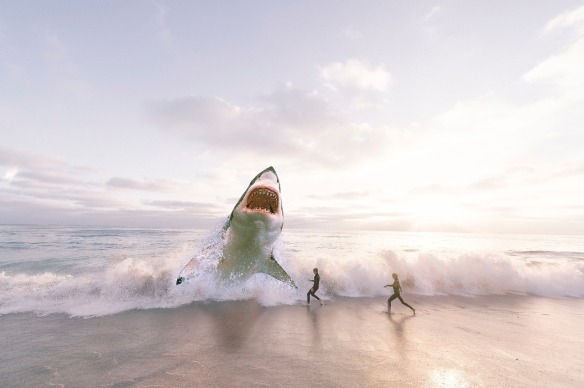 California businesses already have to cope with the threat of earthquakes, wildfires, Sharknados, and the craziest employment laws in all the land. The California Supreme Court may be about to make things even harder for businesses that use independent contractors.

For years, disputes over whether someone is an independent contractor or employee under California wage and hour law have been analyzed under the test used in S.G. Borello & Sons, which is a hybrid test combining elements of the Right to Control Test with elements of the Economic Realities Test. It is a multi-factor balancing test.

That may be about to change.

The California Supreme Court is currently re-examining what test should be used for wage and hour class actions that allege independent contractor misclassification.

In a nutshell, the court appears to be considering adopting one of three possible tests.

First, the court could continue to use the S.G. Borello balancing test. That would be sane, logical, and fair to businesses. In other words, unlikely.

As explained in this post, adoption of the Martinez test would be bad news for businesses because the test says: if you “permit” someone to do work for you, that’s your employee. Waaaaay too broad. If that test is adopted, it’s hard to imagine how anyone could properly remain an independent contractor. All contractors are “permitted” to perform work. That permission could make them employees if the Martinez test is adopted. [Note to expert FLSA readers: California courts say that in California, “permit to work” literally means permit to work; and California rejects the FLSA interpretation of “permit to work,” which applies an Economic Realities Test. Under Martinez, “permit to work” means that the business merely allowed someone to perform work.]

Faced with the absurdity implications that might follow from adopting the Martinez test, the court appears to be looking for a third option.

Late last month, the California Supreme Court issued an order suggesting it may have found a third path. The third path would be to adopt an ABC Test for determining Independent Contractor vs. Employee. ABC Tests are explained here. They are not balancing tests like the S.G. Borello test, the Right to Control Tests, or the Economic Realities Test. ABC Tests make it much harder for businesses to classify a worker as an independent contractor.

An ABC Test presumes the worker is an employee (not an independent contractor) unless each of three conditions is satisfied:

(1) The worker is free from direction and control in the performance of the service, both under the contract of hire and in fact; and

(2) The worker’s services must be performed either (i) outside the usual course of the
employer’s business or (ii) outside all the employer’s places of business; and

(3) The worker must be customarily engaged in an independently established trade,
occupation, profession, or business of the same nature as the service being
provided.

Dynamex is a case to watch for any California business using independent contractors. A decision is expected in late 2018.

For more information on independent contractor issues and other labor and employment developments to watch in 2018, join me in New York on Jan. 30, Los Angeles on Feb. 27, or Cincinnati on March 28 for the 2018 BakerHostetler Master Class on Labor Relations and Employment Law: A Time for Change. Attendance is complimentary, but advance registration is required. Please email me if you plan to attend, tlebowitz@bakerlaw.com, and list my name in your RSVP so I can be sure to look for you.