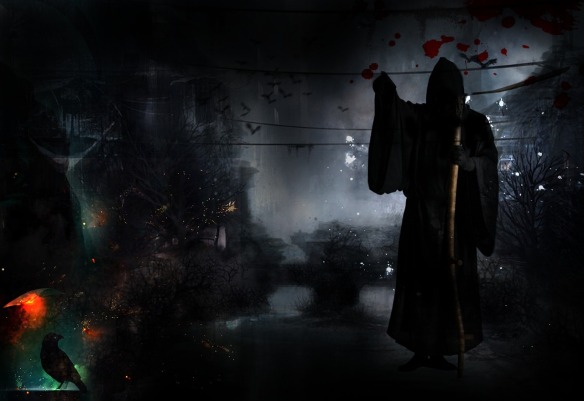 In the 1930s, the popular radio program The Shadow featured an invisible avenger who possessed “the mysterious power to cloud men’s minds, so they could not see him.” (He supposedly picked up this power in East Asia, which must have seemed mysterious in an era before Kung Pao Chicken was widely available.)

Eighty years later, “shadowing” has a different meaning. An unpaid trainee follows around a more experienced employee as a way to learn the business. Few trainees have mastered the power of invisibility [Note: only the best ones have, and they’re hard to find … ba-dum-bum], and often the nature of being a trainee involves getting in the way of the real work.

Scott Axel was a trainee who shadowed his father at an automobile wholesaler in Florida. He had no expectation of pay, and the business said it would not hire him. As a favor to his dad, the business let him learn the business by shadowing his dad.

Returning the favor, Scott then sued the wholesaler, claiming it failed to pay him minimum wage.

Anyway, a federal court of appeals was not so sure and ruled that it was a close call whether he was an employee or an unpaid trainee. Scott, apparently, had the mysterious power to cloud judges’ minds.

For much of the time, Scott just did work that his dad was doing, under his dad’s supervision. If that was all he did, though, the case probably would have been tossed out.

The company’s mistake was allowing Scott to do some wholesaling work that his father did not do, which arguably displaced a worker who would have performed the work if it were not for our hero. Scott posted vehicles on eBay and Craigslist, working under the direction of others, and he received a disciplinary warning for spending too much money on the listings. Scott testified that he spent more time on these tasks than on shadowing his dad.

The Appeals Court evaluated the case using a test for whether an unpaid trainee should be paid. The test is meant for educational internships and did not neatly fit the circumstances, so the court admittedly struggled with the analysis.

Ultimately, the Court decided it needed more information about how much time Scott spent performing the various tasks. The case was sent back to the lower court.

The lesson here for businesses who allow shadowing is to remember what a shadow is.  A shadow follows someone around.  A shadow does not do independent, productive work. (Except here.)

While there were several factors in this case that supported Scott being an unpaid trainee, too much gray area remained.

So what happens next?  The lower court might allow further briefing or might send the case to trial. Did the business do anything wrong? The ultimate question brings to mind the introduction from the radio program of long ago: “Who knows what evil lurks in the hearts of men? The Shadow knows!”