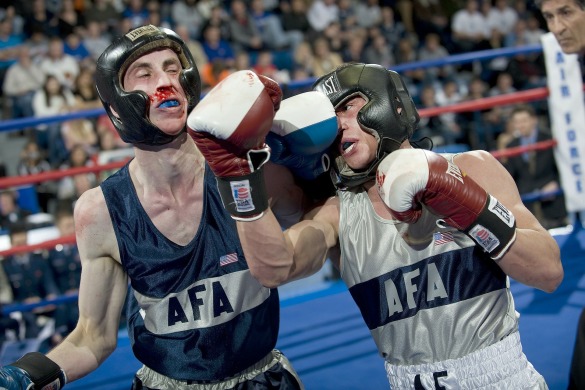 In 2012, Mens Fitness Magazine ranked the “12 Most Badass Fight Scenes of the Millennium.” An obscure Ohio rest stop battle between two truckers didn’t make the list, but one attacked another viciously with a metal bar, breaking his leg and causing permanent injuries after being cut off in traffic.

But that’s not why I mention the Rest Stop Rumble (a/k/a Herndon v. Torres). The victim trucker sued both the trucker and the trucking company whose load the wannabe Maximus Decimus Meridius was hauling.

The court evaluated the relationship between Mad Max and the trucking company using a Right to Control Test, which is used to determine Who Is My Employee? under Ohio tort law.

The following factors helped establish that Max Zorin, while still the story’s villain, was not an employee of the trucking firm:

There were facts that supported employment status too, though, including that Max Cady:

Overall, however, the court applied a balancing test and found that the overall weight of the factors supported independent contractor status for our villain.

This case, like the black car case (Up!) we blogged about last week, is a reminder that independent contractor relationships, structured properly, can survive scrutiny in a lawsuit.

I’ll repeat my favorite tip: Be proactive! Set up the relationship correctly from the start. Companies that plan carefully, both in terms of the facts of the relationship and in how their independent contractor agreements are drafted, can defeat claims that the contractor is misclassified and should really be deemed an employee.

…So, could you identify the movies that feature our four Max villains? Click the links above to test your movie Max knowledge. Extra points to those who score a perfect 4 for 4. (Ok, Mad Max is a gimme, but do you know the other 3?) Points can be cashed in for a free Blizzard at participating Dairy Queens. [Fine print: sorry, none have signed up yet].