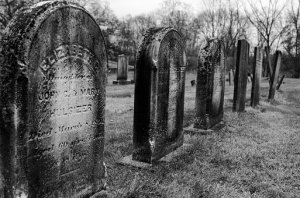 This is a true story — and it was the most fun I ever had as a lawyer.

I was representing the administrator of an estate. The deceased, Robert R, had required round-the-clock care before his demise, and his family retained several home heath care nurses. The family treated them as independent contractors. When one nurse was no longer needed, she filed for unemployment.

The state agency decided she was an employee, not a contractor. The agency sent a bill to the family for not paying into the state unemployment fund. The assessments covered all of Robert R’s nurses, not just the one who filed for unemployment. The agency also assumed that Robert R continued to retain nurses, and it issued new assessments each quarter.

But then Robert R died. At that point, he no longer needed nurses.

That’s where I come in. Shortly after Robert R’s death, I wrote a polite letter to the agency, informing it that Robert R had passed. I attached the death certificate and told the agency there were no more nurses, so please do not send any new assessments.

But the next quarter, the state agency sent a new quarterly assessment.

I sent another letter. I attached a second copy of the death certificate and again informed the agency that Robert R had died and no longer had any nurses, so please stop sending new assessments.

The next quarter, the state agency sent another new quarterly assessment.

Exasperated, I then sent this. 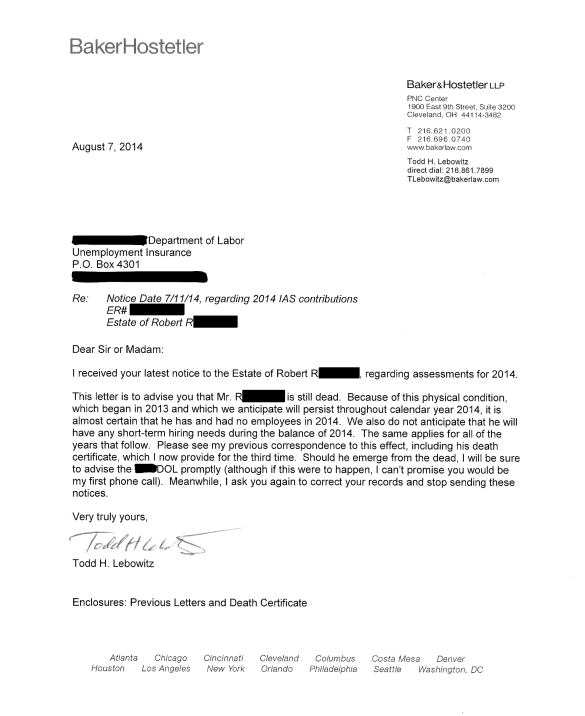 The agency stopped sending assessments, and I never heard from them again.