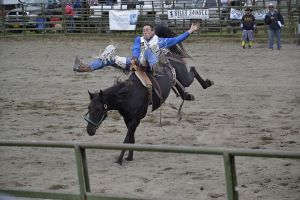 In June 2017, the DOL withdrew its Obama-era 2015 and 2016 informal guidance on joint employment and independent contractors. The memos covered federal wage and hour law (FLSA). Eight months later, what effect has that decision made?

Remember, the 2015 and 2016 memos did not change the law on independent contractor misclassification or joint employment. Rather, the memos were an attempt by the Wage & Hour Administrator, David Weil, to summarize existing law – but with a pro-employee leaning. The memos selectively interpreted court decisions that supported Weil’s view of the world, i.e., that most workers are employees. When Weil left, the DOL said goodbye to his interpretations as well.

No new memo has been released to replace the old one.

The Trump DOL and the new Wage & Hour Administrator (not yet appointed) is likely to interpret the FLSA in a way that favors the use of independent contractor relationships and reduces the likelihood of finding joint employment. The DOL might reduce its audits or might provide guidance intended to help businesses comply. But whatever new guidance is issued, that won’t change the statutes, the regulations, or the court decisions.

For more information on independent contractor issues and other labor and employment developments to watch in 2018, join me in Los Angeles on Feb. 27, or Cincinnati on March 28 for the 2018 BakerHostetler Master Class on Labor Relations and Employment Law: A Time for Change. Attendance is complimentary, but advance registration is required. Please email me if you plan to attend, tlebowitz@bakerlaw.com, and list my name in your RSVP so I can be sure to look for you.